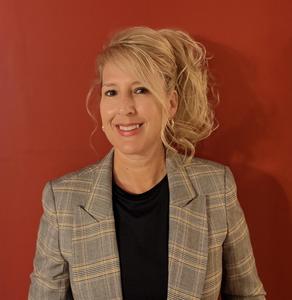 The Greeneville City School district is pleased to announce that DeAnna Martin has been selected as the new Teaching and Learning Coordinator. This role works in conjunction with the Assistant Director of Schools for Instruction, Suzanne Bryant, to develop curriculum, college and career readiness, professional development, Principal mentoring, textbook adoption, grant writing, and more. This position is an integral part of instruction system wide.

Steve Starnes, Director of Schools, says, “Greeneville City Schools is pleased to welcome DeAnna into her new role. She is respected by teachers and administrators throughout our district and the region. We believe her knowledge of curriculum and instruction along with her experience as the Principal of Tusculum View Elementary School, a three-time National Blue Ribbon School, will be a great asset to our district as we work to “Cultivate the Mind and Impact the Heart through Excellence and Equity” for all students.”

Martin steps into the role with an extensive background of experience. She holds an Educational Specialist Degree in Administration and Supervision from Lincoln Memorial University, a Master of Arts in Education from Tusculum University, and a Bachelor of Arts in Social Studies from Tusculum University. Mrs. Martin began her career at Hal Henard Elementary School, as a third-grade teacher for three years, and also served as Instructional Coordinator at there for ten years.  Martin was appointed Principal of Tusculum View Elementary in December 2015, after serving the Greeneville City Schools System as an Instructional Specialist for 6 and a half years.  Under Martin’s leadership, Tusculum View has received many awards.

Tusculum View was named a 2017 Lighthouse School for the third time by the Blue Ribbon Schools of Excellence Foundation. Tusculum View is the only school across the Nation that has been recognized three times for this award.  The school was recognized as a 2017 Microsoft School for its outstanding use of technology. In 2018, Tusculum View was recognized by the Tennessee Department of Education as a Reward School, and also named a 2018 School of TechXcellence.  Martin was named the Principal of the Year for the Greeneville City Schools in 2019 and was the recipient of the Greeneville City Schools Excellence in Professional Learning Award for 2015.

Martin states, “I am greatly honored and humbled to accept the Teaching and Learning Coordinator position. I look forward to serving the principals, teachers, students, families and staff and to supporting the outstanding teaching and learning that’s already taking place in the system”.  She has been married to her husband David Martin, who is Director of Facilities Management at Tusculum University, for 25 years. They have two children.  Dawson, who is a junior at Tusculum University and Dalaina, who is a freshman at Greeneville High School.  Martin and her family are members of Victory Church of God in Greeneville.