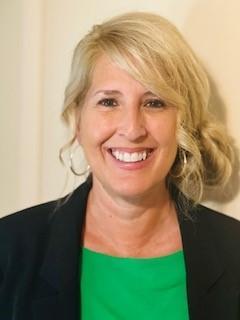 The Greeneville City School district is pleased to announce that Mrs. Deanna Martin has been selected as Principal of Greeneville High School.

Mrs. Martin has served in the role of District Teaching and Learning Coordinator since 2019. While serving as Teaching and Learning Coordinator, she also held interim administrative positions in the district as Greeneville Middle School Principal, Greeneville High School Assistant Principal, and Greeneville Middle School Assistant Principal. She served as Principal of Tusculum View Elementary for four years and as an Instructional Specialist for six and a half years. She began her career at Hal Henard Elementary School as a third-grade teacher for fourteen years and served as Instructional Coordinator at Hal Henard for ten of those years. Mrs. Martin holds an Educational Specialist Degree in Administration and Supervision from Lincoln Memorial University, a Master of Arts in Education from Tusculum University, and a Bachelor of Arts in Social Studies (certified 7-12) from Tusculum University.  Under Mrs. Martin’s leadership, Tusculum View Elementary School received many awards. Tusculum View was named a 2017 Lighthouse School for the third time by the Blue Ribbon Schools of Excellence Foundation. Tusculum View is the only school across the Nation that has been recognized three times for this award. The school was recognized as a 2017 Microsoft School for its outstanding use of technology. Tusculum View was recognized by the Tennessee Department of Education as a Reward School in 2018. Tusculum View was named a 2018 School of TechXcellence. Mrs. Martin was named the Principal of the Year for the Greeneville City Schools in 2019. Mrs. Martin also was the recipient of the GCS Excellence in Professional Learning Award for 2015.

She has been married to her husband David for 29 years. He is the Assistant Vice President of Campus Operations at Tarleton State University. They have two children, Dawson, who is a firefighter with the Greeneville Fire Department and Dalaina, who is a senior at Greeneville High School. Mrs. Martin and her family are members of Victory Church of God in Greeneville.

Mrs. Martin states, “My past experiences in conjunction with my time at the Central Office have given me a unique perspective of the needs of students and teachers. Together we will work hard to provide the best learning experiences in the state. After I became aware of the GHS principal opening, I immediately thought that this was an extraordinary opportunity for me to continue to serve in the district that I’ve loved for so long. Greeneville High School is a special place, and I am excited to continue my leadership journey at one of the top high schools in the state and nation.”