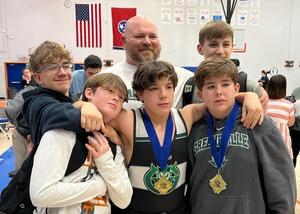 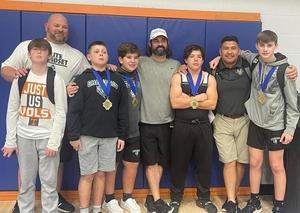 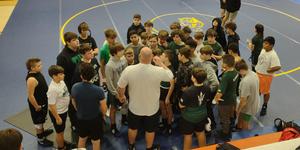 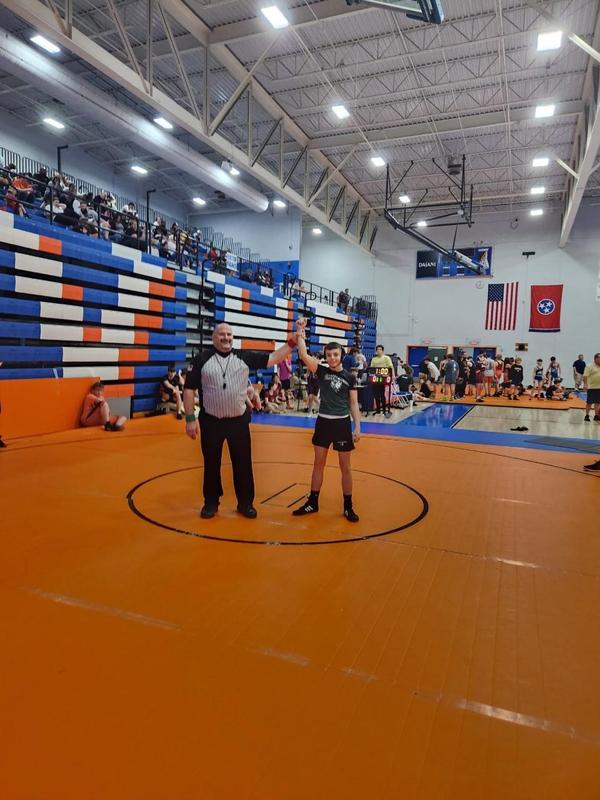 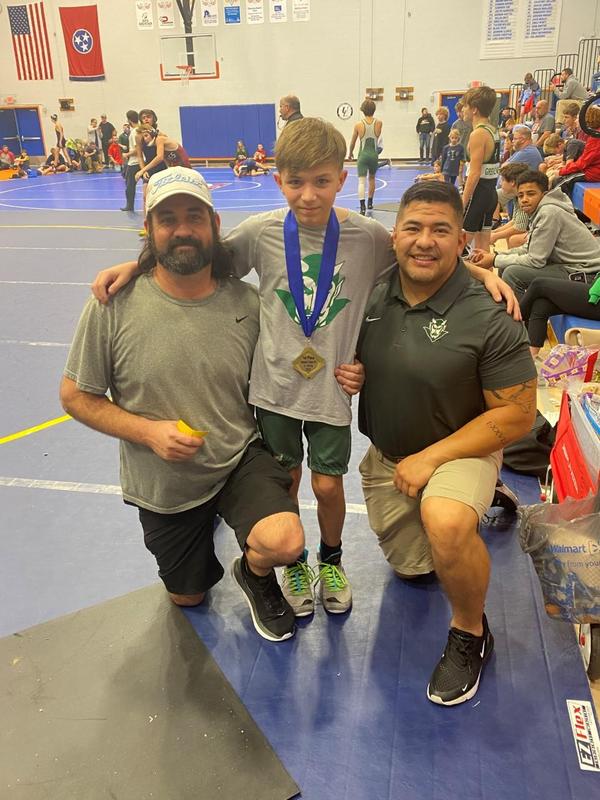 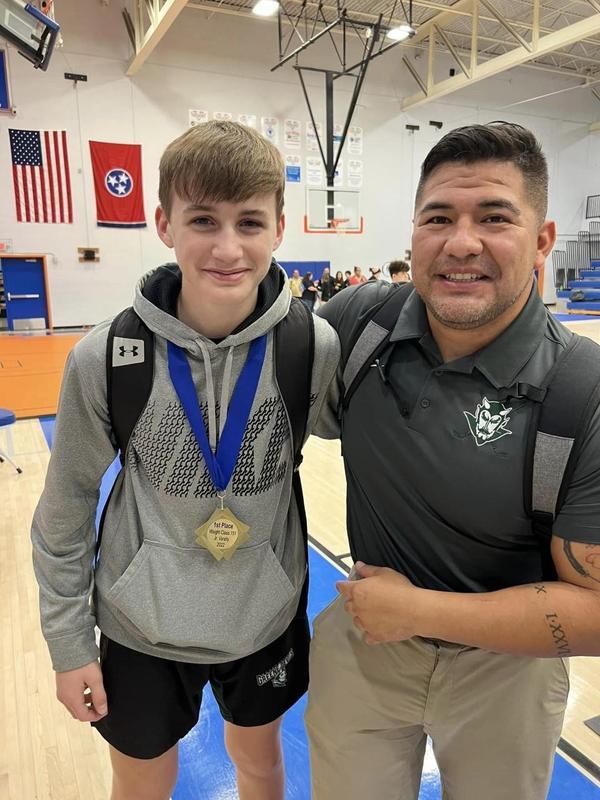 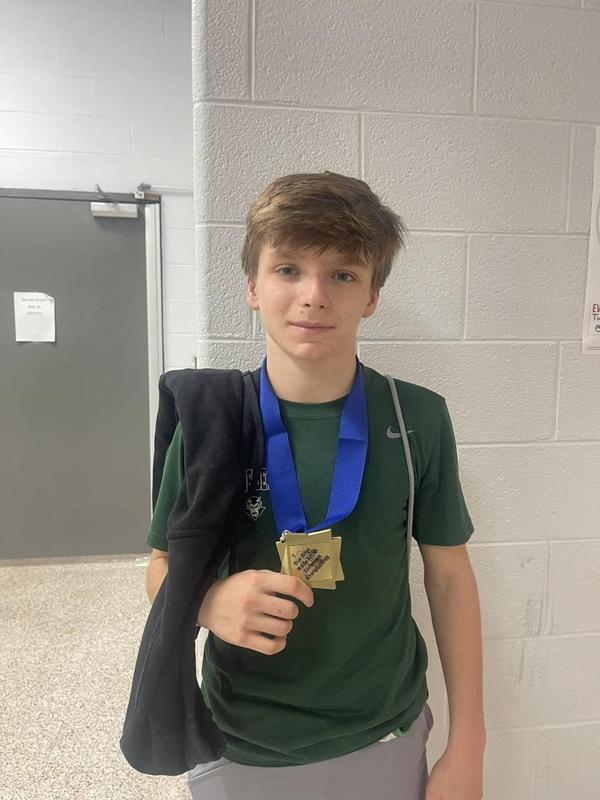 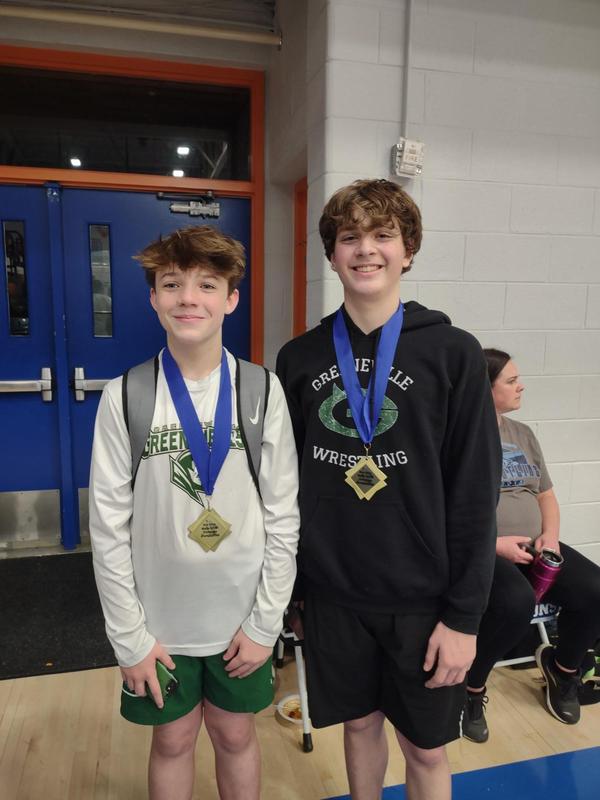 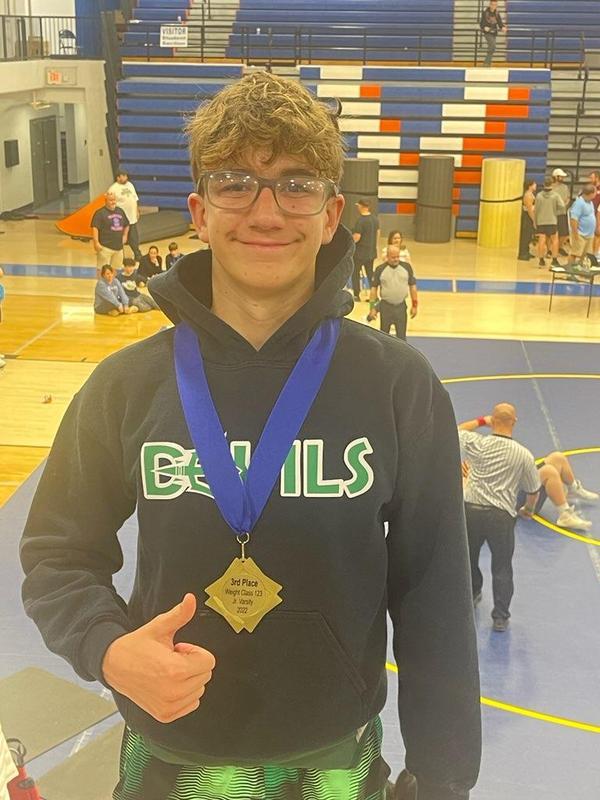 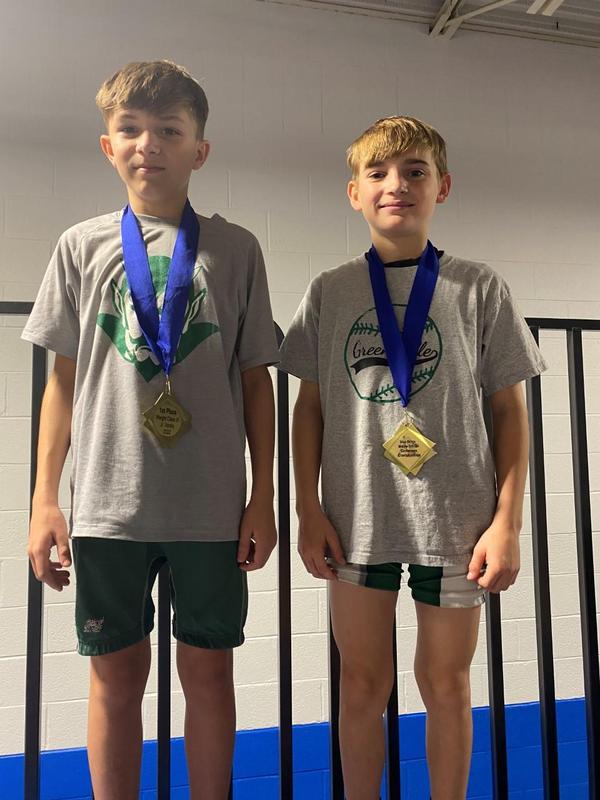 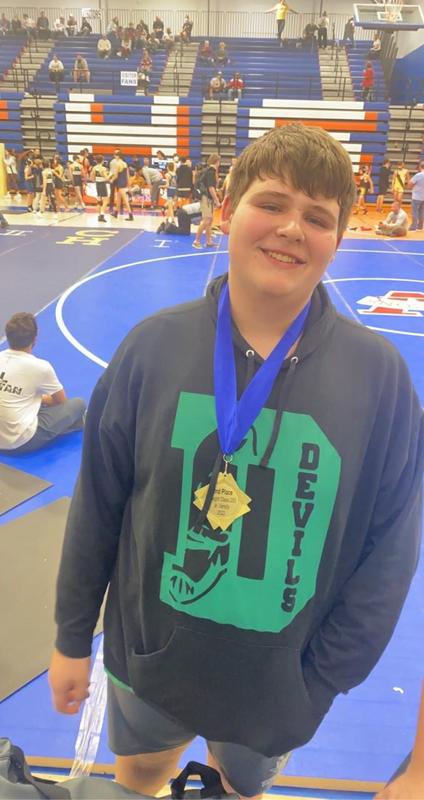 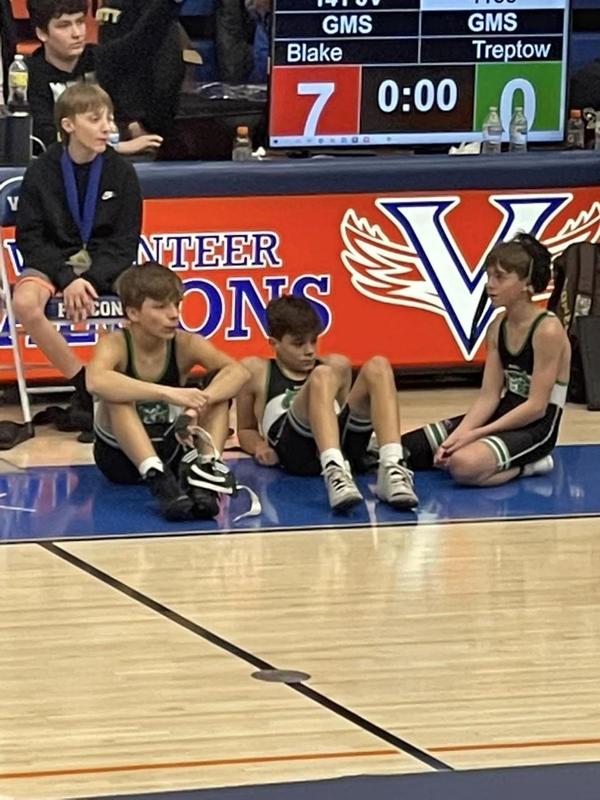 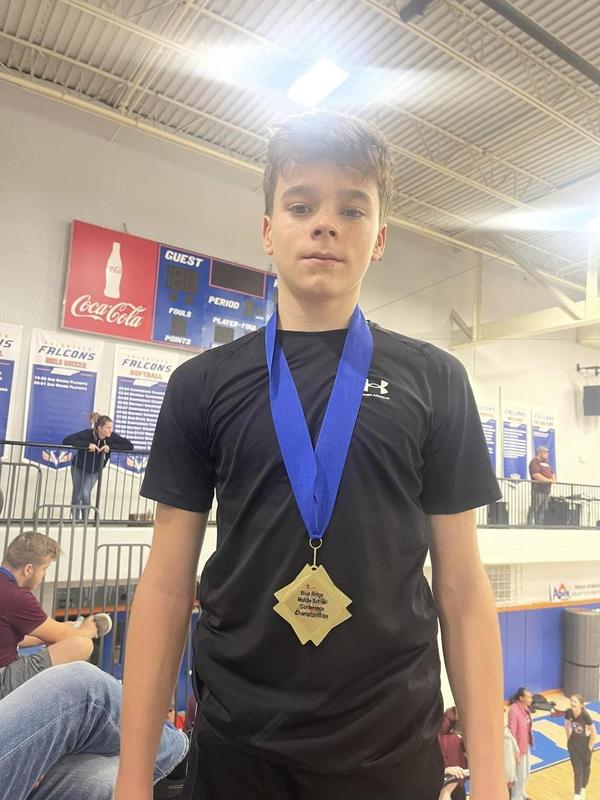 On Saturday, Greeneville Middle School (GMS) hit the mat for the Individual Conference Championship. GMS has a very young squad with great work ethic, and it showed in the results this year. GMS finished in 2nd place behind Ross N. Robinson. After placing only 9 wrestlers in both divisions in 2021-2022, Greeneville easily surpassed that number in 2022-2023. GMS recorded 21 total medals in both divisions this year.

In the Varsity Division, all wrestlers contributed to the team score by winning matches. Six wrestlers received a medal. Gideon Ellenburg and Mack Hall both finished in 4th place. Jake Hall lost in the finals to the lower weight best wrestler of the tournament, to finish in 2nd place. Joey Hickerson also made the finals and finished second to a wrestler that tied for upper weight best wrestler of the tournament. Brylan Rhodes became a conference champion with a pin in 1:52 seconds. Hayden Moore also became a conference champion with a 0:19 second pin in the finals. Several wrestlers lost only one match away from a medal.

GMS will be wrestling in the team championships on Monday, December 12, 2022, at John Sevier. They will wrestle TN Middle first and if they win, they will wrestle the winner of Ross N. Robinson and Liberty Bell. Ross N Robinson was the season champion. GMS finished the season 9-2 and in 3rd place as a team.